Rachel Valentine Smith is a director, producer, designer and filmmaker. She joined The Faction Theatre Company in 2011, was appointed Associate Director in 2012 and has been Co-Artistic Director of the company since April 2015. In addition to directing main stage productions, she has pioneered work in psycho-cultural practice in partnership with Media and the Inner World, an AHRC research network, and curated Demetrius a portmanteau project to complete and adaptation of Schiller’s last, unfinished work featuring over 30 writers. We met with Rachel to talk about her recent production of an adaptation of Maxim Gorky’s Vassa Zheleznova, gender equality and development of contemporary theatre.

Anna Prosvetova: Rachel, congratulations on your new play and my first question is why did you decide to choose Vassa Zheleznova by Maxim Gorky, one of his less-known plays?

Rachel Valentine Smith: When I was looking at programming for this year, I was reading a lot of plays and was looking for a genuinely classical piece of theatre, that put women in the forefront of the action. I picked up a collection of Gorky’s plays and meant to read a different one, but read Vassa Zheleznova by mistake, which was somehow intuitions. I took it to a group reading, and everyone had a really strong instinctual response, saying that the play is great and different. You can identify where it comes from, but it is not as lofty as many other plays, by Chekhov, for example. We got very excited because it presented a lot of opportunities, and politically it is very interesting too. Then I started reading more about Gorky and his life in general, which is fascinating. 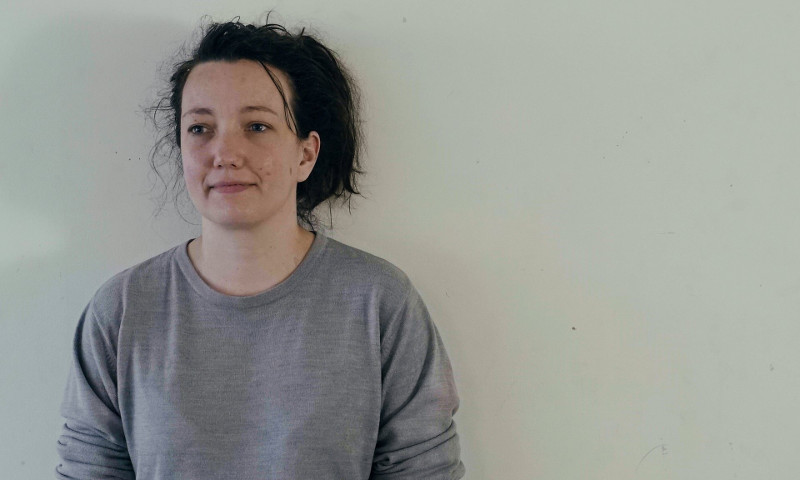 We started worked together with Emily Juniper, the author of the adaptation, who studied in Moscow and is a huge fan of Russian dramatic literature. The first version of this Gorky’s play is very different, and our adaptation is based on the second version.

AP: Why did you decide to change the location of the story and time period so radically, moving it to Liverpool in the 1990s from the Soviet Russia of the 1930s?

RVS: It was a bit of an adventure for as, because traditionally we tend not to give a play a particular time and place, for example, we are not going to set Much Ado About Nothing in Bombay in the 1960s for no reason. However, during her research, Emily discovered many details about the Docks Dispute from the 1990s and felt there were similarities between the Gorky’s story and that period. As I said, it is not something we normally do, but Mark Leipacher, our Artistic Director, and I read it and thought that it works. We thought it presented an interesting landscape for us to explore. ​ Liverpool as a location has such a rich social history, and Gorky also comes from a fascinating social context; I find that really interesting. I also think that how we operate in this country, both in arts and culture and beyond, is still very classist. We are still divided by our class and various social groups. One thing that came out of the play for me is the idea of being a product of your environment and how that can happen sinlessly and unknowingly, without one’s signature. 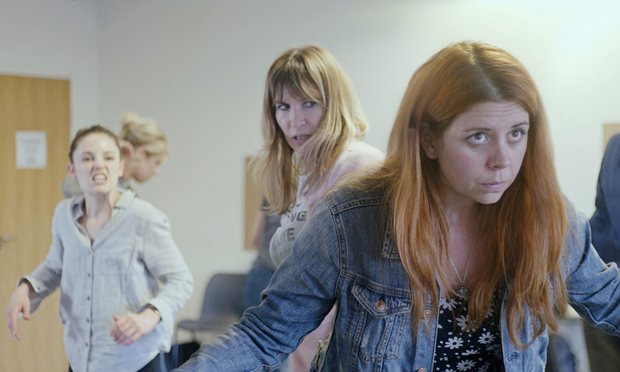 AP: Do you think such cultural translation made the story closer to the British audience?

RVS: I would like to think so, but I really want to test this play outside of London. I think the London theatre-going audience have their own identity, and I would like to know how a Liverpool audience would respond to it. Some of the cast members are from Liverpool, and they had Liverpudlian friends, who came to watch the performance and responded very well to it. I would say that people, who a predominantly from London, were split, because they might associate it with some cultural things that they know about Liverpool, without necessarily identifying it in the same way as the local audience. I am originally from Blackpool, North of England, which is not Liverpool, but I may relate to the play in a different way as well. It is the nature of the theatre – we all identify with it in a way that comes from our own human experience.

AP: You mentioned you were looking for a play about women. Why was this aspect so important for you?

RVS: It is great that the play is about women’s, female experience more broadly, but it is simply about having more females on stage, especially, as a company that is dedicated to classic theatre. It is very rare to find a piece that by its nature has more females than males in the cast. There is a lot of conversation in the industry at the moment about gender equality and diversity. As a female director, I feel very much that it is my prerogative to make sure that there are female voices on stage, and they are talking about something more than their boyfriends or husbands. They are also political animals, manipulators and they also do unforgiving things. It is more about human experience, than simply a man’s experience.

AP: This point is very interesting. Today we hear about the gender equality and the ability of women to ‘have it all’: family, business, career. However, this play, especially this new adaptation, shows that women cannot ‘have it all’, because they should either focus on family or business.

RVS: It is interesting. I think it can partly relate to the moral corruption, that comes along with Vassa’s journey, and may be something I could explore more. By using the context of the Dockers’ Strike from the 1990s, we were placing the story in the UK, the post-Thatcher period, and looked at how those things affected the working class. Vassa is someone who comes from the working class with the promise of being able to have more. However, the decisions she makes along the way are not necessarily the most justifiable ones. In the same way that Richard III does not deserve the crown in the end of Shakespeare’s work, may be Vassa does not deserve to have the empire that she strives for.

AP: Could you tell us more about The Faction, the production company behind Vassa Zheleznova?

RVS: The Faction have been going for eight years in October, and we have built a reputation for reinvigorating the classics. The backbone of our work has been Shakespeare, but we also worked with other writers, such as Kafka, Schiller, Lorca and Chekhov. We have strong connections and share many ideas with European theatre. Mark and I travel around Europe and see a lot of performances. We are very excited about the contemporary theatre practices and pop-ups, as well as the performance they have at repertoire companies with home venues. Those are the values that we working towards and part of that has been producing five Rep Seasons at the New Diorama Theatre in Camden, who have been amazing. They support emerging companies and allowed us to build these seasons, which became something of a signature for the company and a rewarding experience. Moving forward, we have to work out how we could continue making this kind of work and keep it financially viable, which is a really hard thing. 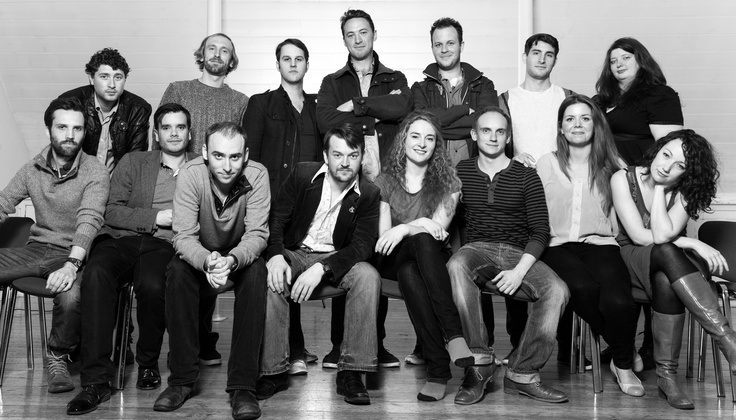 The Faction Theatre Company / Courtesy of The Faction

AP: Are you planning to work on other Russian plays in the future?

RVS: We are really interested to explore more Russian plays. What is interesting in the British theatre-going public, especially in the critical element of that, is that there are very strong opinions of what Russian theatre should be. Many people are very traditional about the presentation of Russian theatre. Mark and I are moving forward, building on our existing experience, and it would be interesting to see what it means for us and what texts we can find, that will enable us to look at things in a new way, that everybody could respond to and identify with. There are so many plays out there. I even want to commission a play about Gorky’s life itself! His biographies are amazing. One of Emily’s favourite stories is when Gorky went to his father’s funeral. He said to his grandmother afterwards that he saw frogs going into the grave and he asked her how were they going to get out, and she said: ‘They are not!’ Gorky’s life was brutal, and people he was surrounded by played a significant part in it.

AP: Are you thinking about working with young writers and contemporary plays?

RVS: Work with emerging writers is a very important strand of our activities. For instance, in the case of Vassa‘s adaptation, it was a great experience for Emily. We also have an associate playwright, Gareth Jandrell, who we got published for the first time and he participated in many of our adaptations. We are excited about finding new ways to bridge the gap between new writing and classic theatre and investigating what the word ‘classic’ really means. We did a production of The Talented Mister Ripley last year, and in terms of the age, it was the newest play we have produced. I think it is about finding plays that have universal things for the audience and offer exciting opportunities for an adaptation. As for all new writers that we worked with, writing an adaptation was a great way to practice their craft and find new things in what they are doing without feeling an enormous pressure of writing something new.

There is another project we are working on: , which is a play that he never finished. We have broken it down into thirty-four units and as a chain play, we are having it adapted by thirty-four different playwrights. We are doing different things to interrogate what ‘classic’ means and what ‘structure’ is; what ‘theatre’ is. All these big questions you cannot possibly answer, you can only play with.

RVS: On some days it will be: ‘Don’t do it, get a proper job!’, but on most days it would be: ‘If you want to make theatre, make theatre’, which was the advice Ian Rickson, a British theatre and film director, gave me around six years ago. If you really want to do it, you will find the way. Mark and I go to colleges and work with young people, either in terms of working on classical texts or talking about setting up your own theatre company. We have not done it before, so we are learning as we go. There is another thing I would like to add, an advice from Rupert Goold, an Artistic Director of the Almeida Theatre: ‘Never make a play unless you believe in it.’ You have to be passionate about what you are doing.

AP: You are currently working on your next season. Could you tell us more about your future projects?

RVS: We are general managers for a play at the Edinburgh Festival Fringe, called Queen Lear, by a new writer called Ronnie Dorsey. She has written this fantastic piece about the never-mentioned Mrs Lear from King Lear. We also have a very exciting summer project – Much Ado About Nothing in partnership with Selfridges, staged in their iconic building on Oxford Street. It is a different year for us. Having build the Rep Season at the New Diorama for the last five years, now we are trying new things and expanding our work across London and internationally.             ​

Vassa Zheleznova is on at Southwark Playhouse until 9 July 2016.