This week’s Makeover Monday’s dataset is about London’s population and how it is expected to change by 2050. The original bar chart shows how London’s total population would change between 2011 and 2015. However, the data provided by the London Datastore contains more details about different components of this change by borough, including population’s age, gender, and country of origin. 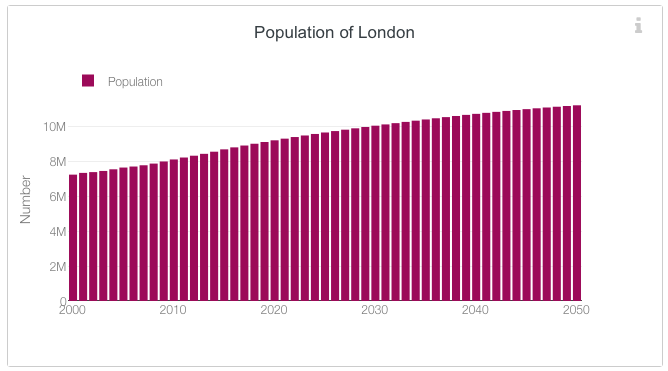 Population of London / Chart by the London Datastore

I decided to focus my viz on the population compound annual growth rate (CAGR) to see the annual rate of change in population by borough. The City of London turned out to be the slowest growing borough with CAGR of only 0.2%. This could be related to the large number of offices and public spaces in this area, coupled with high real estate prices for private properties. At the same time the City’s neighbour, Tower Hamlets, is expected to grow the fastest at a CAGR of 1.2%, reaching in 2050 a net growth of +60% relative to 2011. 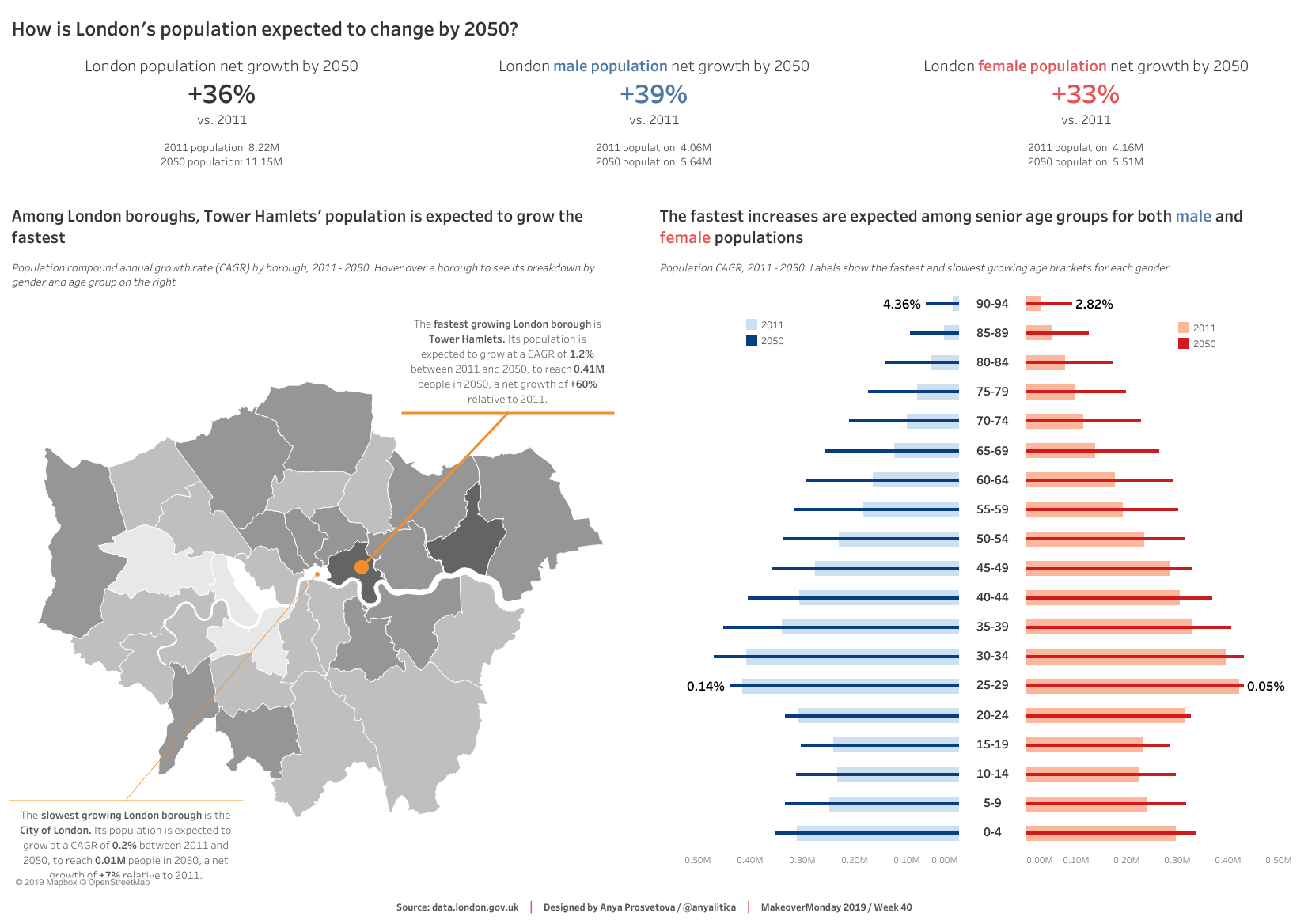 How is London's population expected to change by 2050? / Designed by Anya Prosvetova