You always wanted to go to Rome and finally got your tickets, booked your hotel, packed your suitcase, and are ready for your new adventure. You may already be familiar with some of the widely known facts and legends about the city, but we have compiled a list of some unexpected places and things to do in Rome to make your trip more enjoyable.  ​​ 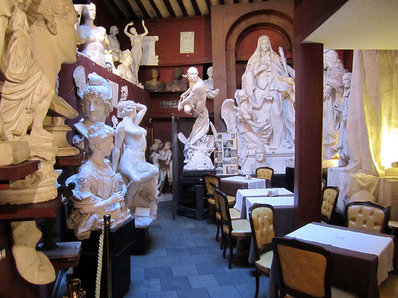 1. Restaurant in a sculptor’s workshop

​Rome has always attracted artists from around the world. The area around Via del Corso and Piazza di Spagna became a centre of the city’s artistic community, full of workshops and studios, with Atelier Canova Tadolini being one of them. Originally this studio belonged to Antonio Canova (1757 – 1822), one of the major Italian Neoclassical sculptors. Later, it was passed on to his favourite pupil, Adamo Tadolini, and remained in Tadolini’s heirs’ hands for many generations until 1967, when it was reopened as an enchanting restaurant.

Today you can visit the nearby Galleria Borghese to admire Canova’s works, and stop at Ristorante Atelier Canova Tadolini afterwards for an afternoon espresso or a proper dinner in this elegant museum-restaurant. Choose one of the divs among Canova’s plaster models and enjoy the old-world feel of the space with its hardwood floors, chandeliers, and leather chairs.

If chocolate or vanilla ice cream no longer excite you, visit Gelateria della Palma to face a difficult choice among 150 flavours of home-made gelato. Founded in the 1970s, this place always has something special to offer, responding to different tastes and cravings of locals and tourists in Rome. Whether you want something fruity, nutty or ever wondered if Kitkat can be turned into an ice cream, pay a visit to this gelateria close to the Pantheon. But beware, it may quickly turn into several visits.

Via Veneto, a street with posh bars and expensive restaurants, has a surprise for those who like horror movies: the Capuchin Crypt underneath Santa Maria della Concezione dei Cappuccini church. The crypt’s several tiny chapels are decorated with the skeletal remains of about 4,000 bodies of Capuchin friars buried here. This tradition was strong between 1500 and 1870, when the Roman Catholic Church permitted burial in and under churches, and the rise of the cult of the death. Wander around these dimly-lit chapels, imagining how friars used to pray here every night before going to bed.

Rendering justice is not an easy thing, but Ancient Romans found their own way to do it. Visit Basilica di Santa Maria in Cosmedin, a Byzantine church close to the Aventine Hill, to find Bocca della Verità or the Mouth of Truth, located in the church’s portico. Representing an ancient river god, this stone-carved mask with an open mouth and a flowing mane of hair was used as the ancient analogue to a lie detector. The legend has it that if a liar puts their hand inside the mask’s mouth, they will lose it. Follow the steps of the characters fromThe Roman Holiday  movie to test the legend, but do not forget to step inside the church to see its striking mosaic floors, and to pay a visit to the relics of St Valentine.

5. Rome is full of optical illusions 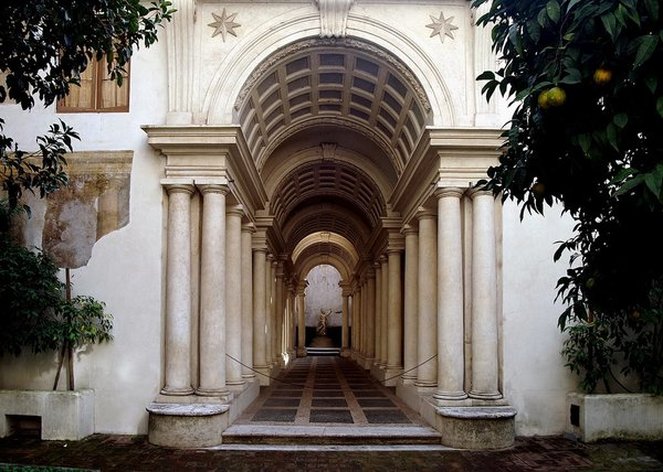 Artists and architects of the Renaissance were fascinated by geometry and optical illusions, and incorporated them in their paintings and buildings around Italy. There are plenty of them in Rome, but you must look closer to find them. Start with the Galleria Spada, whose beautiful building houses an amazing art collection of 16th and 17th century works. But do not rush to see the paintings, instead spend some time trying to figure out the mathematics behind one of the Gallery’s most interesting features - the perspective gallery by Francesco Borromini. Created with a gradually rising floor, converging walls and a descending ceiling, this gallery appears to be much longer than it actually is.

Saint Peter’s Basilica has many optical illusions not only in its architectural structure, but also outside of it. Climb up the Vatican Hill and walk or drive along Via Niccolò Piccolomini, heading towards a magnificent view of the basilica’s dome. Despite your expectations to see the dome getting bigger as you approach it, it will shrink instead. The reason for this illusion can be the frame, formed by the trees and buildings that line the street, which widens as you approach the dome.

Rome is not only about ancient history. Exploring and re-using abandoned spaces, the city strives to keep its history alive while supporting new ideas. When the collection of the Capitoline Museum became too big for its main location on the Capitoline Hill, they decided to display some ancient Roman sculpture and mosaics in the former building of Rome’s first public electrical power plant. Located off the usual tourist paths, the Centrale Montemartini Museum is worth a visit for everyone who wants to explore the juxtaposition of classical art and industrial archaeology, and escape the crowds in major Roman sites.

7. Rome is a city of fountains 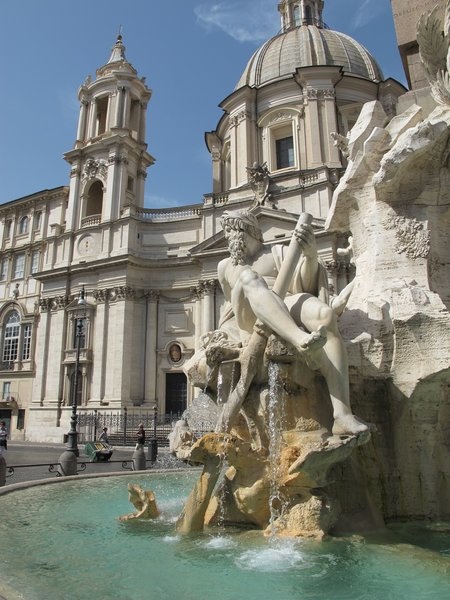 Rome has its own soundtrack, which accompanies you all year round, in the morning or late at night: it is the sound of water flowing through the more than 2,000 large and small city fountains. It is difficult to find a square or a courtyard in Rome without a fountain, many of which are artworks in their own right. With the abundance of water brought to Rome with the help of the aqueduct system, fountains became one of the symbols of power of the Catholic Church, when the most important Popes marked fountains with their family coats of arms, as in Triton Fountain (Fontana del Tritone) or the Fountain of Four Rivers (Fontana dei Quattro Fiumi). If you are travelling with children, do not miss the lovely Turtle Fountain (Fontane delle Tartarughe) in Piazza Mattei. Featuring realistically-looking turtles, it is one of the few fountains in Rome built for a private patron, 16th-century nobleman Muzio Mattei.

8. Home of the first rotating restaurant in the world

Rome never ceases to surprise its explorers. Archaeologists working in the Domus Aurea or Emperor Nero’s Golden House (which has been recently reopened to visitors), confirmed that the luxurious Palatine Hill residence included not only reception rooms, decorated with marble, frescoes, and sculptures, vineyards, pastures, and even an artificial lake, but also what may be the first revolving dining room in history. This discovery confirmed a thought-to-be legendary description of the residence, which mentioned this inventive construction: ‘The main banquet hall was circular and constantly revolved day and night, like the heavens.’

9. Rome has more obelisks than any other city in the world 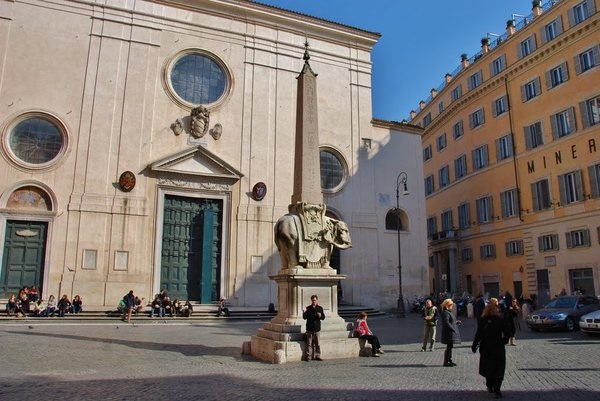 Romans became captivated by all things Egyptian after they defeated Marc Antony and Cleopatra in 30 B.C., thus gaining power over Egypt. From this moment onwards, several Roman emperors brought Egyptian obelisks to Rome as a symbol of victory. After the fall of the Roman Empire the obelisks were broken and forgotten, but eventually regained their place as part of the city’s landscape during the Counter-Reformation. The Popes re-erected them at key locations in Rome, reminding the citizens and visitors not only about the glorious Roman past, but also about the power of the Church. Today there are 8 ancient Egyptian obelisks, 5 ancient Roman obelisks, and several modern ones.

Among the most famous Roman obelisks are a couple of Solar obelisks in the Piazza de Montecitorio and Piazza del Popolo, which were used as a sundial; the Four Rivers’ fountain obelisk from Piazza Navona, and the obelisk in Piazza di Minerva, placed on the back of an elephant, designed by 17th-century sculptor and architect Gian Lorenzo Bernini.

If the names of Fellini and Visconti mean something to you, then a visit to the Cinecittà Studios is a must. Built during the Fascist period, this large film studio in Rome became the centre of Italian film production in the 1950s and is closely associated with Federico Fellini. It also served as a location for many American film productions, including Ben-Hur. If you like amusement theme parks, you may want to spend a fun day at Cinecittà World Park located nearby.

​This article was originally published on Routes.Tips.