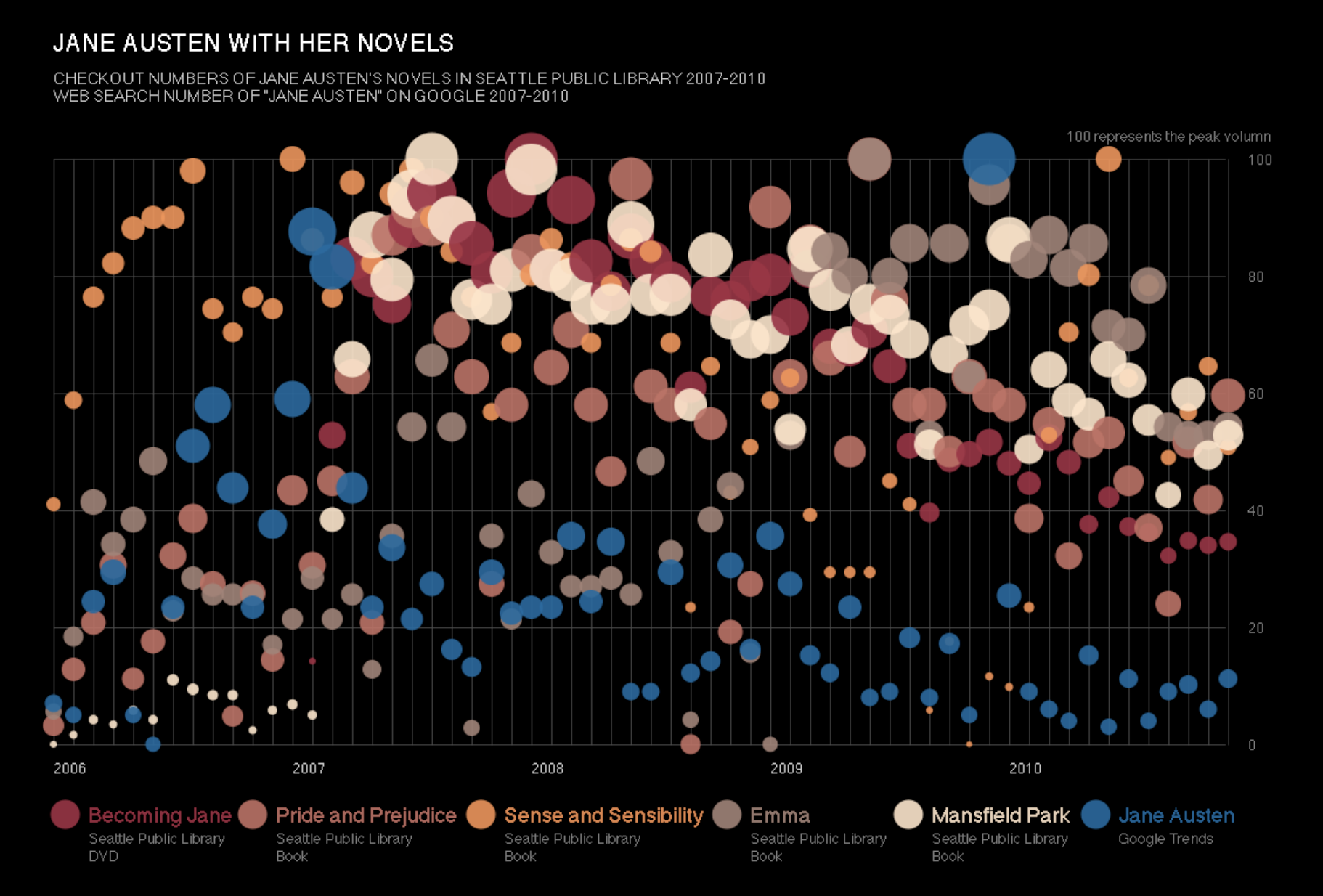 Jane Austen with her novels / Chart by the Seattle Public Library

The data set for this week, however, is an extract from the library’s database about monthly checkouts of books written by James Patterson. 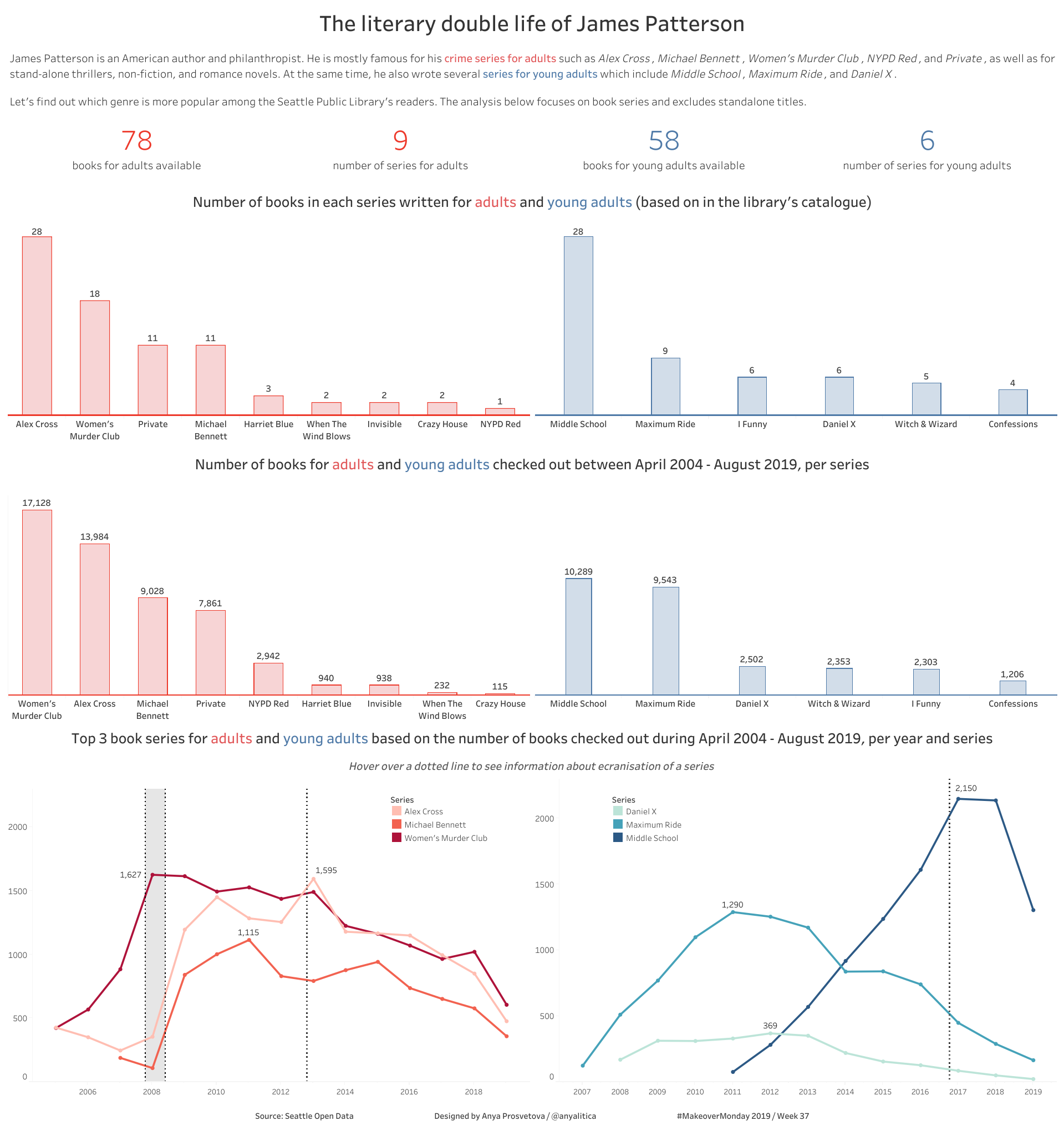 After learning more about James Patterson’s books, I thought it might be interesting to see how book checkouts of his crime series for adults compare to checkouts of series for young adults. This analysis excluded any standalone titles.

I chose bar and line charts for an easy comparison between two segments and looked at:

While working on this chart, I learnt that there were several film adaptations of James Patterson’s books and wanted to see if there is a connection between a TV / film release date and the number of checkouts of the relevant series around these dates. This is reflected on the line charts at the bottom of the dashboard.