This week Makeover Monday is about evictions in San Francisco. The data set looks at how the number of evictions has been changing during 1977-2019 across the city’s neighbourhoods and types of evictions. 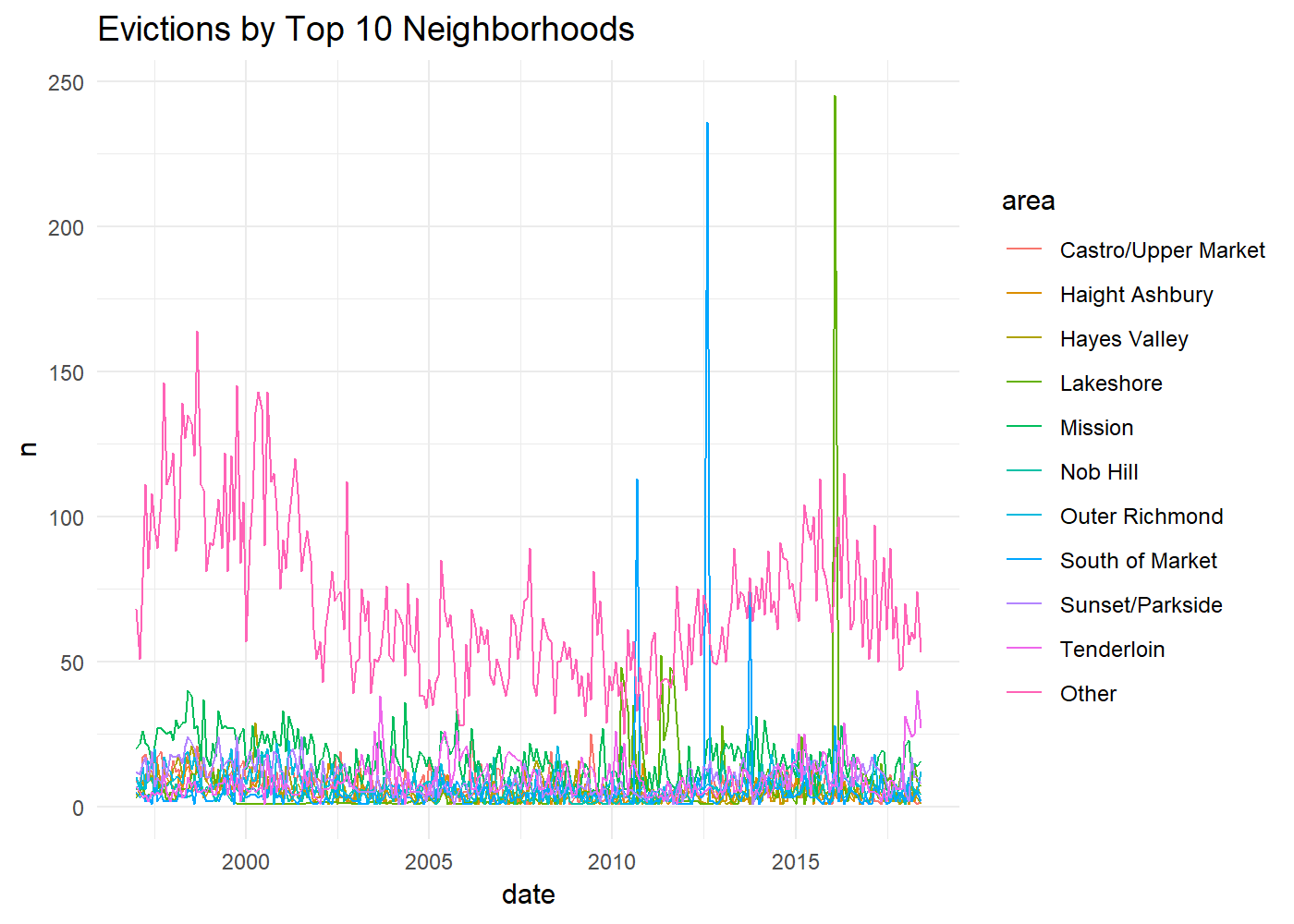 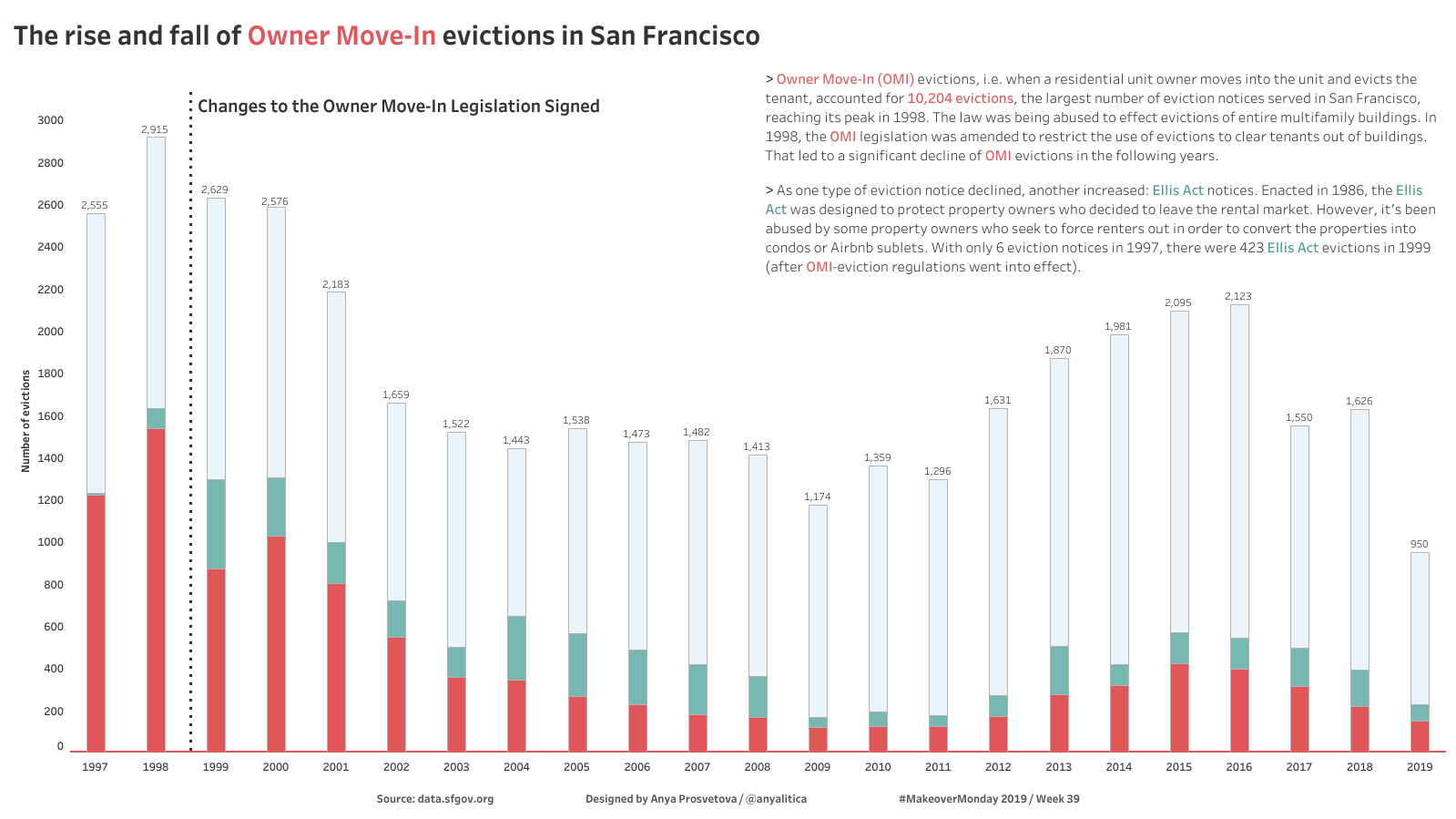 Looking at the data, I noticed that the largest number of evictions during the review period is Owner Move-In evictions. I found out that during the dot-com boom in California (late 1990-s-early 2000-s), many property owners used their right to evict people if they wanted to move back into their property. However, they used this reason to vacate the property and rent it at a higher rate to satisfy the growing real estate demand in the Silicon Valley.

After the relevant legislation was changed in 1998, the number of Owner Move-In evictions decreased, but the number of Ellis Act notices started rising.

This graph shows how the proportion of these two types of evictions have been changing between 1997-2019.